You may already be aware that CBD oil has some significant benefits associated with it, such as relief from depression and anxiety, relief from pain, and relief from conditions such as epilepsy as well as symptoms which can come with cancer. All these benefits have long been connected with the use of CBD oil. But we are still finding out a lot of information about CBD oil and what the compound can really do, and research is going on as we speak. But CBD has potential with some other conditions as well. For example, did you know that CBD may well be beneficial as a treatment for acne? How about its potential contribution to enhanced heart health? Here, then, is an in-depth look at the little-known benefits you may get from CBD. Acne is a condition affecting the skin of over 9% of the global population, and it is a condition which can have disastrous consequences on a person’s confidence and self-esteem and how they interact with others. Doctors believe that acne can be the result of different factors, which include bacteria, genetics, underlying skin inflammation, and the skin’s overproduction of a substance called sebum, which is an oily substance or secretion made by the skin’s sebaceous glands. And now, based on some recent studies, it was discovered that CBD might have the potential of helping treat the condition because of its properties that may reduce inflammation and its prospective ability to reduce the production of sebum. In a particular study, they discovered that CBD oil likely prevented the cells in the sebaceous glands from secreting too much sebum. Scientists also found that CBD may exert anti-inflammatory properties as well as prevent the activation of agents that promote acne, such as cytokines.

In recently-performed research, scientists also discovered that CBD might have some potential benefits for the circulatory system as well as the heart, which includes the ability to prospectively lower a person’s blood pressure. As we all know, if you have high blood pressure, you are at a higher risk of experiencing health conditions such as heart attacks, metabolic syndrome, and strokes. But in a study, nine men who were relatively healthy were given a single 600-milligram dose of CBD oil, and it was found that this dosage decreased the men’s resting blood pressure as opposed to a placebo. In addition, the men were given stress tests which would usually increase a person’s blood pressure, but a single dosage of CBD oil let the participants experience a smaller increase in their blood pressure than if they were simply allowed to respond normally to the tests. Some researchers suggest that since CBD has potential anxiety-reduction and stress-reduction properties, this may contribute to its ability to help lessen blood pressure.

CBD is also associated with other potential benefits, as CBD oil UK specialists like CBDology.eu confirm. For instance, it may provide benefits for the treatment of substance abuse, and it may also prevent the growth of tumours. In addition, mice that were diabetic and were treated with CBD showed a decrease in diabetic incidence by as much as 56%, and the treatment reduced their inflammation as well. 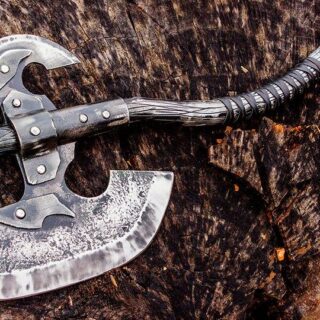