It will never be easy to be away from home. However, the world may have been designed to establish a distance as one cycle in our everyday lives. One factor contributory to it is opportunities across the other side of the globe. Many laborers find favorable circumstances in a foreign country, a famous one being the United States.

With this great distance, there will always be that lingering goal to bring their families with them. This is why the United States has a way to achieve such a dream. Under the Immigration Law, there is a high possibility that this may be attained. Below are some key points to know about the Immigration Law for families:

An individual that is already living in the U.S. may be able to help a family member migrate to the country depending on his or her status. They must be either a U.S. Citizen or a Lawful Permanent Resident (Green Card Holder).

The United States requires an Immigration Visa (IV) for foreign citizens who desire to live in the country. In order to be eligible, they must have a sponsor, an immediate relative with at least 21 years of existence and is either a U.S. citizen or a Green Card Holder.

Family-based Immigrant Visas can be divided into two types:

This is if the sponsor has a more distant familial relationship with the immigrants. The sponsor should also be either a U.S Citizen or a Lawful Permanent Resident. Unlike the situation with an immediate sponsor, having a specified relative for entry causes the number of immigrants to be limited each year.

Who Is Eligible for the Visa Petition?

There is a distinct difference as to who in the family will be able to file an Immigrant Visa based on the sponsor’s citizenship status.

Due to being a domestic citizen, it is understandable that within this category, more IV petitions can be filed. Those who are eligible for application are the citizen’s:

Being a permanent resident still holds great opportunities to migrate in America. However, given the residential status, it is limited. The individuals that can only file for a visa are:

This indicates that only the primary family of the Green Card Holder would benefit from the category.

After determination of who can be eligible for sponsorship, the sponsor can start submitting a petition. The U.S Citizen and Green Card Holder residing in the U.S. must file (a) Form I-130 and (b) Petition for Alien Relative and submit it to the United States Citizenship and Immigration Services (USCIS) either electronically or through traditional mailing process.

The processing, like any other Immigration Visas, differs if the petition is within the country or outside.

Inside the United States

The sponsors must submit required documents (a) and (b) to the USCIS Chicago Lockbox Facility in accordance with the instructions written on the USCIS website.

Outside the United States

Majority of the Immigration Visas are filed within the country for reasons of easier processing. However, there are certain types of petitions outside the U.S. that are possible. Some of this possibilities could be filing the same forms and submitting it via the USCIS website (https://www.uscis.gov) or through traditional mail with the address (USCIS Dallas Lockbox). Petitioners may also request at the U.S. Embassy when the application is for immediate relatives.

Overall, immigration law firm for families exist between a lot of possibilities and limitations. When it comes to application, it is advised to consider first the sponsorship status and the eligibility of the family members regarding who is most likely to be granted a visa.

For more information, you may ask or consult with Houston immigration lawyers. 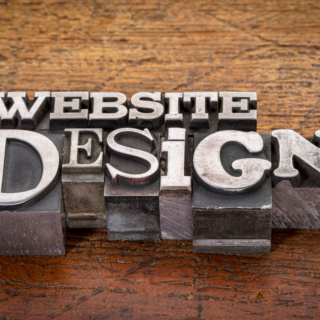