A report revealed that the online gaming market in the US was worth $2.65 billion in the year 2021. Due to the growing interest and demand for online gaming, experts predict the market will grow at a CAGR of 16.4%, earning revenues of around $7.61 billion by 2028. They concluded that some of the main drivers that propel the casino online gaming sector are the rise in consumer interest in these forms of entertainment and the freemium model of e-gaming.

Moreover, the legalization of online gaming, including slot machines and table games, has contributed to the increased popularity and revenue of the online gaming industry. Some US states, such as Delaware, Michigan, Nevada, New Jersey, Pennsylvania, West Virginia, and Connecticut, have already legalized online poker sites in their territories. But as of 2021, only five of these seven states have licensed sites in operation. West Virginia and Connecticut are still waiting for operators to apply for licenses to conduct games online.

Here are the five US states with legal online poker sites:

Delaware was the first state in the US to allow the operation of online gaming sites under the Delaware Gaming Competitiveness Act of 2012. This law authorizes online slot machines, roulette, and poker, given that players follow state regulations. Additionally, Delaware entered an agreement with Nevada to combine their respective player pools, which is then titled the Multi-State Internet Gaming Agreement. This helped increase the number of players and amount of prizes that each state could win. The three state-sanctioned casino sites in Delaware are Delaware Park, Dover Downs, and Harrington Raceway & Casino.

Poker in Nevada has come a long way. Ever since Governor Fred Balzar first signed the bill that legalized poker in 1931, Nevada became one of the most gaming-friendly states in the US. This is also why Las Vegas is a popular tourist destination for poker players and enthusiasts. But it hasn’t been that long since they legalized online poker games. A year after Delaware authorized online gaming sites, Nevada followed suit and permitted online gaming sites and online poker. Today, some of the legal online gaming sites in Nevada are WSOP/888 US and South Point Poker.

New Jersey followed Delaware and Nevada in authorizing online gaming. Unlike the two that faced a low number of poker players, New Jersey has a potentially higher player volume base because they have a higher state population. Home games are also legal in New Jersey as long as no one takes a rake or entry fee and the only money taken during sessions are those that players won off of another player. Some of the online sites operating in New Jersey are partypoker, BetMGM, and PokerStars, which host online casino games such as slot machines, blackjack, roulette, and baccarat, as well as a range of poker tournaments.

Pennsylvania has a long history of public support toward gaming of all forms, such as horse racing and sports. But the region was the fourth state to allow online casino gaming, such as slots and other casino games. It was only in November 2017 that lawmakers decided to include online poker in the list of legal gaming sites in the state to balance the budget without increasing taxes. Despite being new to the online poker industry, Pennsylvania easily became one of the top states for online poker. The current poker sites in the Keystone State are Borgata, BetMGM, and PokerStars.

The newest state to permit online poker in the US is Michigan. In 2018 and 2019, Governor Gretchen Whitmer finally signed the bill into law, and online poker sites went live in early 2021. Even if Michigan is new to the scene, proponents of the law are optimistic that legalizing online poker will help the region in recovering from the economic downturn of the past few years. This is because getting the support of gaming operators and investors with favorable qualities will allow the state to receive massive online poker revenue. To further increase the reach of online poker in the state, Governor Whitmer recently endorsed the multijurisdictional poker agreement that allows online poker players to compete across state lines. 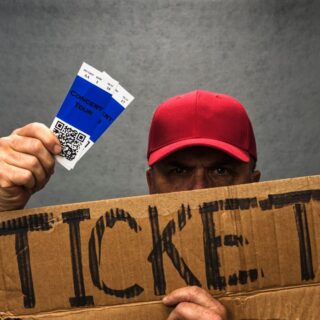